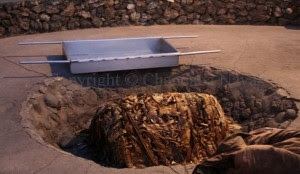 Time seemed to fly by and soon we found ourselves back at the harbor making our way towards the venue for the ‘luau’. A luau is a Hawaiian feast characterized by island food and entertainment and it begins after sunset. The ‘imu’ ceremony, which involves taking out the cooked pig from an underground pit, takes place first. Then, the start of the festivities is heralded by the sounding of conches. 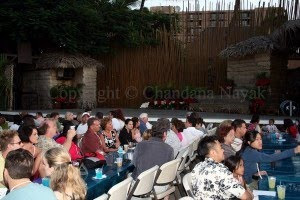 The buffet dinner has a variety of dishes for vegetarians and non-vegetarians alike. Interestingly, the taro plant, which is popular in Mangalore for delicacies such as ‘patrode’, is a major feature in the diet of the Hawaiians. In fact, taro forms a significant portion of Hawaii’s agriculture. Poi is a paste made from taro roots and is used as a kind of sauce with various dishes. But its taste does not appeal to many, including me! 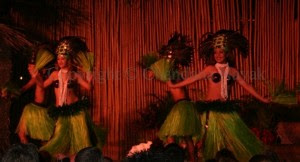 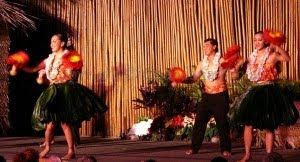 As the dinner crowd began thinning, the evening’s entertainment began with a performance of the traditional hula dance. Young men and women dressed in grass skirts danced to the foot-tapping music of drums. A variety of performances representing the Polynesian islands as well as Hollywood’s version of the hula and fire dancers from Samoa followed. All good things must come to an end and so did the evening. 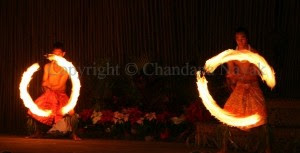 Maui’s spectacular beaches were our next destination and it was soon evident why they attract so many water sports enthusiasts and sunbathers. The color of the ocean and the sand varies from beach to beach. But each one of them has crystal clear visibility and smooth, clean, sand. Snorkeling is a popular activity on most beaches and there are some dedicated exclusively to wind surfing. Wailea, Makena, Kapalua, Ka’anapali, and Kihei, have all the popular beaches. 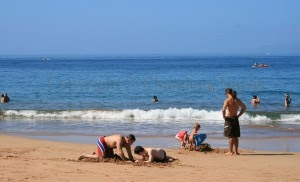 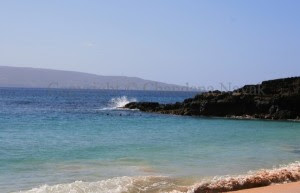 For lunch we decided to sample the seafood at one of the many local eateries. Unlike on the US mainland, the food here was more suited to the Indian palate. Over delicious fish kebabs and grilled ahi fish, we made the decision to explore Iao Valley State Park in north Maui. This park is known for its spiritual value to the islanders and the lush greenery that draws in visitors. 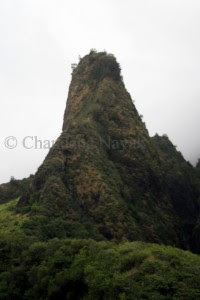 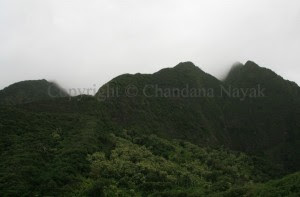 Iao means ‘supreme cloud’ and refers to the clouds that are often seen over the peaks around the valley. The valley was the site of one of the famous battles in the history of the islands. The focal point here is the Iao Needle which towers to a height of 2,250 feet. This stone pinnacle was believed to have been used as an altar in ancient times and later as a lookout point during war. 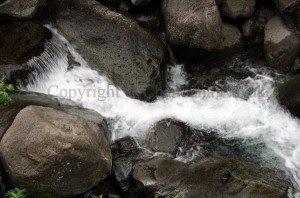 The Iao stream winds its way through the park and is fed by rain water. The valley and the surrounding mountains receive over 400 inches rain each year making it the second wettest spot in the state. Many easy trails are found in the park helping visitors explore the area with great ease. 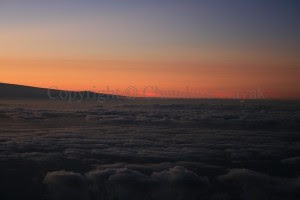 Our last day in Maui was set aside for Haleakala Crater and the Maui Ocean Center. Haleakala is known as the ‘House of the Sun’, and viewing the sunrise from its summit at a height of 10,000 feet is an opportunity that is not to be missed. That is how we found ourselves on the winding road to Haleakala around 4 am on a Monday morning! The drive took us 90 minutes and then it was a chilly wait looking for the sun to show up. 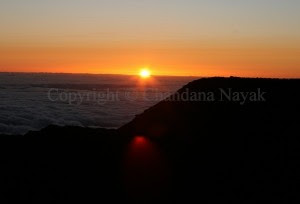 But when the sun rose, everyone agreed that the wait was definitely worth it. The changing hues of the horizon and the carpet of clouds that lay in front of us made for spellbound viewing. As it became light, the whole of Maui was visible from Haleakala. Many of the adventurous choose to bike down the crater on the way back after viewing the sunrise. 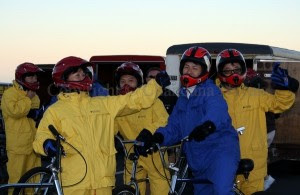 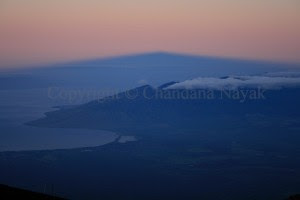 Our final sightseeing trip on the island was to the Maui Ocean Center which is said to be the largest aquarium and marine science center. Located near Maalaea Harbor it has a wide variety of marine life including coral reef habitats, sea turtles, eels, and sharks. Interactive exhibits and presentations make it an interesting, exciting, experience for people of all ages. 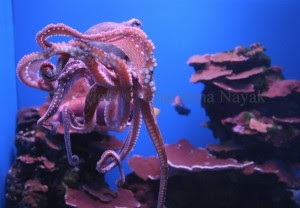 It was with a heavy heart that we boarded our flight back to the Bay Area. As we reached the clouds, I made up my mind to come back and explore the rest of the Hawaiian islands some day in the not too distant future!