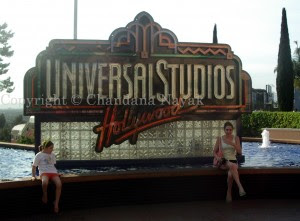 (Note: This post is also a winner of the ‘Indian Express-Sulekha.com Blogprint Contest’. It was featured in the travel segment of the Sunday Indian Express in February, 2008)
‘Lights, sound, camera, action’! That is what you expect to hear as you walk in through the gates of Universal Studios in Hollywood, Los Angeles—and you do get to hear this quite often during the time you spend here. Universal is one of the oldest studios in Hollywood and is a subsidiary of NBC Universal known for its various blockbusters, serials, and television channel. Hit movies from Universal include ‘The Phantom of the Opera’, ‘Frankenstein’, ‘Scarface’, ‘The Mummy’, ‘The Mummy Returns’, ‘American Pie’, ‘The Gladiator’, ‘The Bourne Identity’, the ‘Jurassic Park’ series, and the ‘Back to the Future’ series. 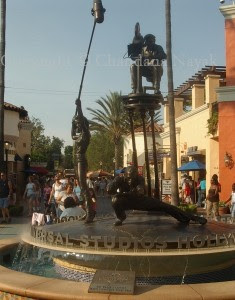 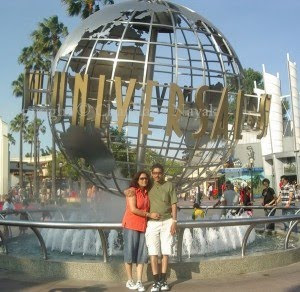 Though the name might lead you to believe that this is just a bunch of studios, you couldn’t be far from the truth. The place is paradise for the Hollywood movie buff. Today Universal Studios is synonymous with entertaining theme parks which, besides California, can also be found in Florida and Japan. The park is divided into two lots and most people choose to begin their experience with the one-hour narrated studio tour which takes you through the sets of many Universal movies such as ‘King Kong’, ‘Jaws’, ‘Fast and Furious’, and ‘War of the Worlds’. 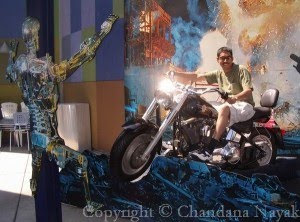 Trams took us through simulated earthquakes, thunderstorms, flash floods, old Western towns, the palaces of the Scorpion King, the mysterious island where King Kong dwells and even subjected us to a shark attack! Some of the studios were closed to the public as shooting of a few popular serials was going on. As we got off the ride, trying to store away every tiny detail of what we just saw, we realized that the live show ‘Waterworld’, based on the movie of the same name, was about to begin in a matter of minutes. 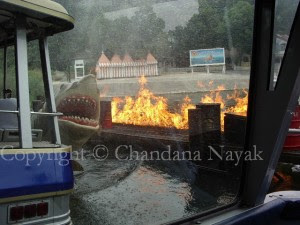 Breathlessly we took our vantage seats far away from the ‘splash zones’, specially marked for those in the mood for some wet time on a hot summer day! Stunning acrobatics, water ski stunts, and amazing pyrotechnics kept us glued to our seats the whole 20 minutes. The show seemed to have gotten over all too soon. But in Universal Studios there’s always plenty of action and thrills all through the day.

Next, we decided to hit the popular rides before lunch hour. Believe me, it’s not a good idea to get on one of those rides soon after a heavy lunch!! As we approached the queue for ‘Jurassic Park – the Ride’, we could hear the screams, shouts, and laughter, of those who had gone before us. The ride started out tamely enough with us floating through a land inhabited by big and small dinosaurs, who occasionally snorted water at passersby. And then, all of a sudden we felt ourselves plunge down an 84 ft. vertical waterfall. Down, down, down, and then a huge splash—we were floating calmly again! It was amusing to go up to the souvenir stall and see pictures of us just as the plunge began— open-mouthed and terrified. 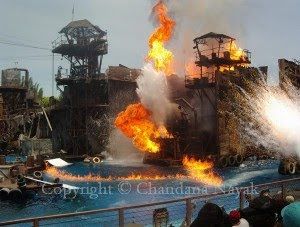 Pumped up with adrenaline, we decided to go on the newest and most terrifying ride in the park—‘Revenge of the Mummy’. Park attendants directed us to put away all our belongings including things such as cameras and sunglasses in special lockers provided for this purpose at the entrance to the ride. This itself was enough to build up the anticipation since this is a feature we haven’t noticed in any of the rides at theme parks so far. Soon, we found ourselves winding our way down dark corridors depicting fictitious Hamunaptra—the City of the Dead, inhabited by mummies and scarab beetles.

As we approached the roller coaster it became evident that my worst nightmare was about to come true—our seats were in the first row of the car which to someone like me, who avoids high speeds and great heights at all costs, is a horrifying experience in itself! Well, there was no way out and I held on to the safety bars with trepidation. The entrance to the dungeons said ‘Death is only the beginning, enter if you dare’, and we moved in at a steady speed to be attacked by mummies and beetles to the accompaniment of loud and scintillating light and sound effects. Up ahead we saw the face of Imhotep (the villain in the two Mummy movies), with his mouth open, rushing towards us bringing in a strong gust of wind and then it seemed as if he just swallowed us !!

The roller coaster turned super-fast and went both forwards and backwards at breakneck speed, and for a moment I really thought I’d been thrown off into the darkness!! Sitting upfront certainly adds to the experience. Then just as suddenly as it had begun it all calmed down and we were back at the loading platform and the safety restraints came off. For me, it was definitely a once-in-a-lifetime experience since I have no intention of getting on that ride ever again!! 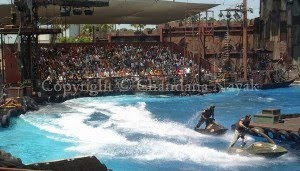 After a short break for lunch we decided to get out of the heat and headed for the special 4D screening of ‘Shrek’. A must-see for all ages, the show takes viewers into a world of fantasy with 4D effects which are a step ahead of the 3D that we are familiar with. Next, it was the ‘Terminator 2’ show where 3D effects combine with live actors and thrust visitors into an all-out cyber war where the robots come marching in with their automatic weapons. 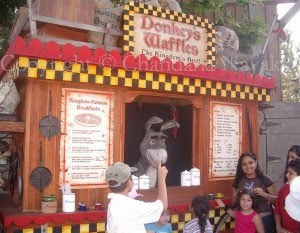 On our way to the next venue we passed by the ‘Nickelodeon Blast Zone’, which is targeted at kids. There are water rides and sprayers here as well as a huge play area. Besides these, characters such as Dora the Explorer and SpongeBob SquarePants turn up to meet children and to pose for photo ops. At various locations in Universal Studios we got to see different characters such as Charlie Chaplin, Spiderman, Shrek, Fiona and Donkey, Zorro, and many others.

Next on our agenda was the ‘Universal’s Animal Actors’ show where cute and talented animal actors, who have appeared in various hit movies, perform comedy skits for the audience. The trainers accompany them and also make it a point to mention some trivia about each animal on stage. It was then the turn of ‘Back to the Future’, the virtual reality ride which simulates a journey through space and time as shown in the movies of the same name. 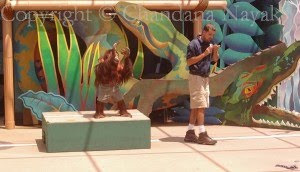 Another interesting show was the ‘Special Effects Stages’, where we were shown how many of the special effects used in movies are developed to make it look real and life-like. We could appreciate firsthand all the effort that goes into making a spectacular movie. 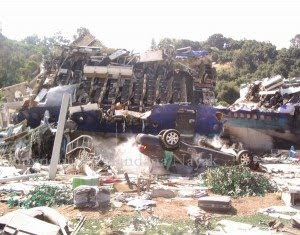 All this took us a whole day though we had reached Universal Studios early in the morning. Summer is the peak tourist and travel season in the US and hence, the queues at popular attractions can be quite long at times. Despite all this, we were glad we could cover everything and returned to our hotel tired but with tons of happy memories.