A place with a name like “Mystery Spot” is sure to arouse your curiosity even if you are not the inquisitive type. Nestled among magnificent redwoods, down narrow winding roads, about three miles from Santa Cruz, California, this attraction has baffled visitors for more than six decades. Here, everything you see appears to defy gravity and the principles of physics. Mystery Spot has also been featured in several prominent travel magazines. 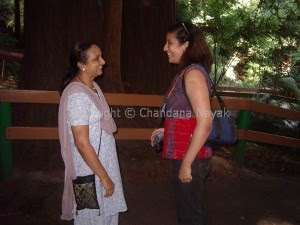 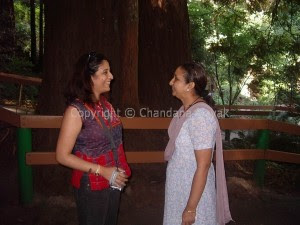 The tour begins at a white line with concrete blocks on either side. Measuring it indicates that the two blocks are on the same level. But when two people stand on either side and change places it is evident that their height differs depending upon which side they are on! This is just a precursor to the various other phenomena that can be found here. As we walk up a small incline towards the central point of the 150feet diameter area, we can feel the strong push backwards. 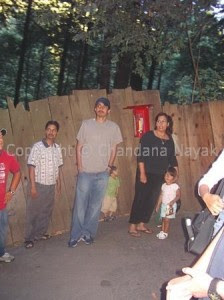 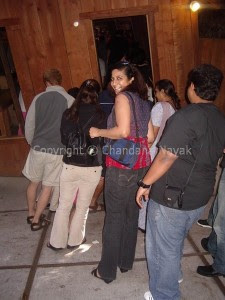 The mysterious force is at its strongest inside a log cabin at the head of the incline. The cabin itself is tilted since the foundation supposedly refused to stay in place during construction. At the entrance to the cabin it looks as if everyone is slanting to one side though our feet are perfectly straight and level. Newton’s law of gravity is definitely missing at this place where a ball rolled downwards returns to its original spot with no help whatsoever! A pendulum behaves contrary to its name and stays stationary in one direction. As we pass through the central room of the cabin, dizziness settles in and it becomes necessary to hold on to the side rails to avoid sliding towards the facing wall. In this room, you can even walk straight up the wall and experience first-hand what it is to be Spiderman! 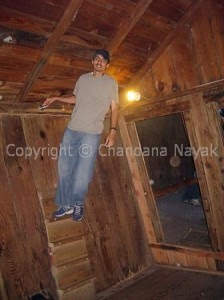 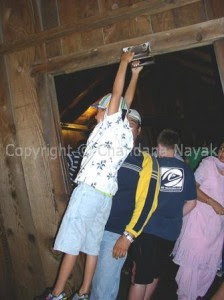 As you leave the cabin and walk towards the exit, it takes a moment to get a bearing on your surroundings and return to normalcy once again. Many theories have sprung up over the years as to why gravity seems to run amok here. Some attribute the phenomenon to carbon dioxide seeping out of the earth whereas others insist that “cones of metal were secretly brought here and buried in our earth as guidance systems for” flying saucers. 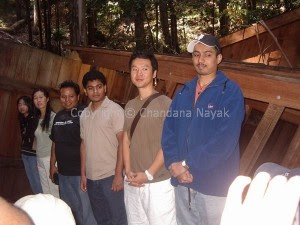 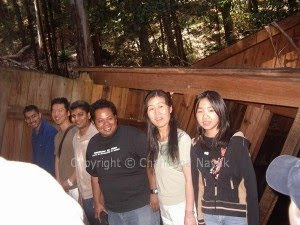 Whatever be the reason for these strange occurrences, there is no disputing its
entertainment value. Though certainly not the only such place in the world (there is one other similar place in Wisconsin that I have been to), a visit to Mystery Spot is definitely a one-of-a-kind experience!