Driving on our roads is no mean feat nowadays. It requires all of one's skills, dexterity and ingenuity to traverse from one point to the other. An utter disregard for fellow commuters seems to be the latest trend. The number of road hogs, meanwhile, has increased by leaps and bounds. While earlier, it was usually the so-called 'express' bus drivers who evoked fear with their reckless driving, now, it seems to have become the prerogative of most drivers be it a car or a motorcycle or even a bicycle. Looks like it's time someone instituted 'etiquette' classes for all 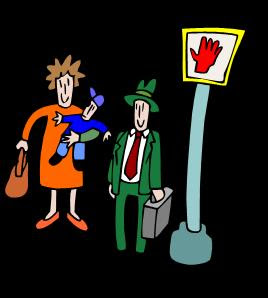 road users - pedestrians as well as those on vehicles.

Everyone knows that our nation is a democracy. For many pedestrians, this seems to mean the right to walk wherever they wish as also cross a busy road as per their whims, rather than at the zebra crossing or a regulated traffic light. Cyclists, meanwhile, are in a class of their own bothering about none and pedaling furiously down the middle of the highway. Most of them don't seem to have heard of reflectors or rearview mirrors.

As for driving at night, the less said the better. Driving with the headlights on at full beam is the norm. Rather than illuminate the path, these bright lights blind those in vehicles traveling in the opposite direction. The significance of the 'dim and dip' is totally lost on these people who instead take it as a show of strength and retaliate by switching on whatever lights their vehicles possess. A few years ago, vehicles were required to have a 'black spot' on the headlights and this helped minimize the glare. Why that is not a requirement anymore is something that is known only to the concerned authorities. 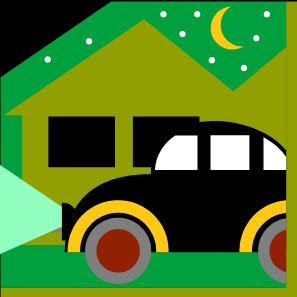 Statistics reveal that such negligence and ignorance are major factors contributing to the rise in the number of road accidents each year. Still, surprisingly, nobody seems to be losing any sleep over the issue. Isn't it time we woke up and refreshed our knowledge a bit before taking to the roads with a vengeance ?
Posted by Chandana at 11:23 AM