A Night Of Haunting 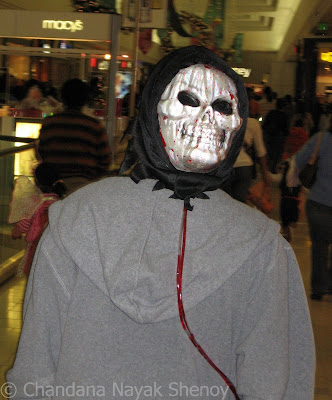 Each year on the last day of October, ghouls, witches, vampires, zombies, and all things evil take to the streets of America. People of all ages can be found dressed up in costumes that they might not wear on any other day of the year. For, it is on the 31st of October that Halloween, which over the years has come to mark the official end of summer, is celebrated. 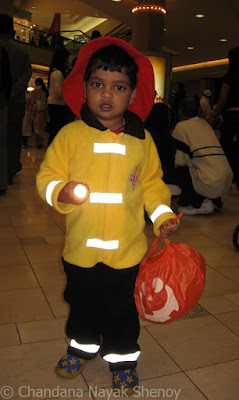 As you begin seeing pumpkins, jack o’ lanterns, bats, gigantic spiders, cobwebs, friendly and evil ghosts and witches on their flying brooms, in the front yards of homes, and at store fronts, you know that Halloween is fast approaching. But not every one chooses to dress up as something evil or scary. Younger children stick to their favorite cartoon characters or animals or generic characters such as angels, firefighters, pirates, and so on. Often the popular costumes each year are influenced by major events or hit movies.

Armed with colorful bags and baskets, they visit homes in their neighborhood seeking candy and other goodies. Kids knock at doors and ask, “Trick or treat?” and you are supposed to answer “treat” and drop something nice in their bags. Never say “trick” unless you wish to find your car splattered with eggs or your yard littered the next morning ! Trick-or-treating is an essential element of Halloween celebrations in the US and as the day draws closer, stores are flooded with bags of chocolates and candy. 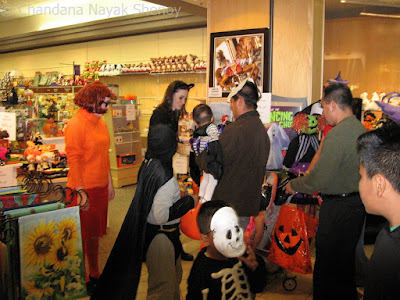 The night of haunting as Halloween is also known, has its origin in an ancient Irish celebration known as All Hallows’ Day. This Catholic day of observance in honor of saints was commemorated on November 1 in Celtic Ireland while October 31 was commemorated as Samhein, the Celtic New Year. Over the years Samhein came to be known as All Hallows’ Even’ or Halloween, meaning the eve of All Hallows’ Day. The Celts believed that on the last day of the year, the boundaries between the worlds of the living and the dead blurred. 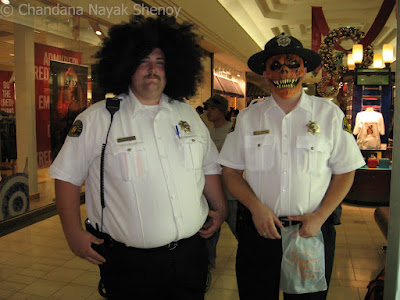 According to them, this allowed the spirits of those who passed in the preceding year to mingle with the living and find people to possess, so they could continue in the afterlife. So, in order to prevent this from happening, Celtic villagers would douse the fires burning in their homes and dress up in ghostly costumes, making as much noise as possible in the hopes of scaring away the spirits. This custom was brought to America by the Irish immigrants who landed here in the late 19th century. 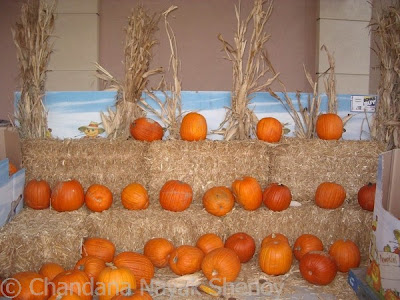 The prominent colors associated with Halloween are black and orange. Black signifies death, night, and evil while orange indicates fire, autumn, and pumpkins. Pumpkin carving contests are very popular during Halloween and when a candle is placed inside a carved pumpkin it turns into a jack o’ lantern. Myths abound about the different symbols and imagery of Halloween. 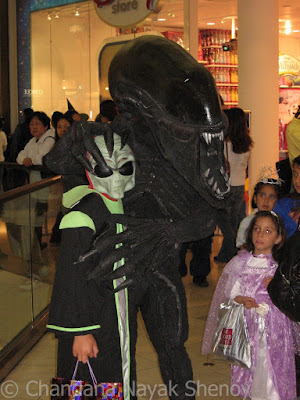 Malls, libraries, schools, all have their individual Halloween celebrations where children can go trick-or-treating and have a good time with friends. Pumpkin patches, haunted mansions, and haunted trails are set up in various places which afford good photo opportunities and also entertain youngsters. For adults, themed parties are the norm and in big cities such as San Francisco, entire streets are marked off for revelry that runs late into the night every year on Halloween. 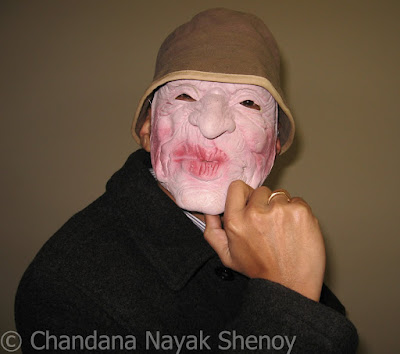 The film and television industry does not lag behind and comes up with specials such as new and old horror flicks, documentaries, and contests with lucrative prizes. All in all Halloween is a time for everyone to have fun, dress up, eat candy, and scare the living daylights out of friends and family. So, let’s all get together and say….. “Boo”!