In The Summer Time...

Today, the photos shared by a dear friend of her family trip to Mysore brought all the memories of childhood summers spent in that city of kings and palaces flooding back! Seeing my friend’s children at the Mysore zoo took me back to a time when my cousins, brother, and I posed for similar pictures each year.

Every summer, the moment school closed for the holidays, we would all converge upon our grandparents’ house in Mysore, with or without our parents for company. My grandparents’ quiet abode would turn into a bee hive of energy and activity for the next few weeks. The ruckus that would spill out onto the streets was enough to put to shame even the boisterous spectators at a cricket match! 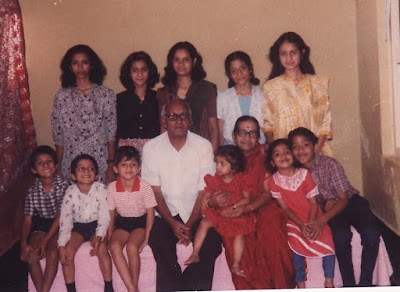 A ‘tonga’ ride through the city streets, a trip to the zoo, a visit to Chamundi Hills with its famous temple dedicated to the Goddess Chamundeshwari, a glimpse of the musical fountains at Brindavan Gardens, and at least one evening spent taking in the breathtaking splendour of the Mysore Palace with its twinkling lights, all topped our list of activities to indulge in during the languorous summer.

Our favored mode of transport during the entire summer would be the tonga and not just any tonga, but the one with Gafoor and his horse Moti !

The Yezdi Children’s Park with its miniature buildings and children’s traffic park as well as the Railway Museum with its toy train were some of our other usual haunts.

And, of course, on Mondays, without fail we would all be present for the evening ‘puja’ at the temple next door.

Before you jump to conclusions, let me set the record right. It was not any divine calling that took us there; rather it was the delicious ‘prasadam’—a type of salad with ‘moong dal’ and cucumber with a garnish of mustard seeds, curry leaves, and a dash of tangy lemon—the very thought of which still makes my mouth water!!

If only I could relive those splendid summers all over again!
(Thanks Reks, for inspiring this post!)
Posted by Chandana at 2:29 AM