When 'The Best' is Not Good Enough!

The other day I decided that it was time to get some portraits done of my toddler son and set about the task in earnest. After asking around, I managed to pinpoint 'the best' photographer in town for kids’ portraits and decided to fix an appointment at the earliest.

This was sooner said than done! The man’s office assistant repeatedly stressed that ‘sir’ had a busy schedule and hence we would have to be content with just a short session. Though I had a full-blown photo shoot in mind, with a few family portraits thrown in, I decided to agree to their conditions so I could first get a look at his work and then go for a second session.

She first suggested a time when my son usually takes a nap, and I told her as much. The next available slot was for 12.30 pm on a Saturday. I thought that to be a very awkward time, especially for children’s photography—usually the photographers prefer to shoot at a time when the child is likely to be in a good frame of mind.

Against my better judgment, I decided to go ahead and fixed the appointment. The chosen day dawned bright and sunny. On Saturday mornings, our household hardly stirs before nine in the morning. However, on this particular Saturday, we were up early and rushed to complete all our chores quickly.

Around 10 am, the photographer’s assistant phoned to confirm that we would indeed be at the studio on time. I assured her that we would. She also added that ideally my son should wear a sleeveless outfit and if there were to be any costume changes, they would be chosen by ‘sir’. 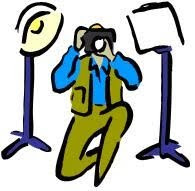 I estimated that it would take about an hour for the photo session. So, by noon, I had lunch ready on the table so there would be no waiting once we returned home hungry. I dressed my son as suggested and tried to get him to have a snack, which he predictably refused.

Sharp at 12.30 pm, we were at the studio where the assistant asked us to wait in the lobby. We waited, and we waited, and waited. Every time we asked, she would say that ‘sir’ would be here in a few minutes. Half an hour passed, and still there was no sign of ‘sir’. By then my toddler had taken to scampering around and wiping the floor clean with his nice clothes.

I began to wonder how much longer I could keep a check on the kid when the power went off. I sat in the stuffy room expecting the generator to be switched on any minute—nothing happened! Then I thought maybe they were conserving the backup power and would turn it on only when the shoot began.

By then, we had been waiting for almost 40 minutes. Then, the photographer sauntered in and I breathed a sigh of relief—happy that we could finally start. But no, that was not to be! Turns out that the studio relied on the generosity of MESCOM to ensure that they had power supply during photo shoots! 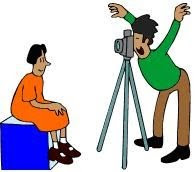 That was about all I could endure on a hot, sultry, afternoon! We decided to call it a day and told the photographer and his assistant that we would reschedule at a convenient time during the upcoming week and went home.

Imagine my shock when, on the following Monday, the man’s assistant calls me at 5 pm and says, “Ma’am, this is to confirm that you will be here at 5.30 pm for the rescheduled photo session!”

I ask her why I was not informed about this in advance and she casually says that we had fixed this time slot during our visit on Saturday. I firmly told her that we had done no such thing and it was not possible for us to be at the studio at such short notice.

I was fuming as I disconnected the call and wondered if the woman had any idea how much time it took to get a toddler ready without upsetting his good mood!!

That was when I realized that if I wanted to get some professionally done photographs of my son, I might have to settle for less than the best. And after my experience with 'the best’ in town, it did not seem such a bad thing after all!!
Posted by Chandana at 5:43 AM